DAY 1 – Depart your hotel for a drive within the city and then head off to the David Sheldrick Elephant Orphanage and Giraffe center. Have a break for lunch followed by a visit to Karen Blixen house. Wind up the day with a visit to Bomas of Kenya where you can watch traditional dancing as well as see traditional homesteads of the Kenyan tribes. Unwind with dinner at Carnivore Restaurant.

DAY 2- MASAI MARA
Depart for the Masai Mara Game Reserve, stopping at the view – point of the Great Rift Valley. Arrive in time for lunch, followed by a late afternoon/early evening game drive. Dinner and overnight at the camp / lodge.

DAY 3 – MASAI MARA
Early breakfast then proceed for a full day of tracking game with your guide in this park whose landscape is savannah grassland on rolling hills. Many animals can be seen such as lions, Elephant, Zebra, Cheetah. Lunch at the hippo pool. In the evening, drive back to the camp / lodge for dinner and overnight.

DAY 4- MASAI MARA
Early breakfast followed by a morning game drive. Lunch at the camp. Afternoon option game drive or nature walk with our Masai guides; at extra cost you may visit a local Masai village to see their nomadic lifestyle. All activities will end in the evening then retire for the night after dinner at the camp

DAY 5 – MASAI MARA / NAIVASHA
Enjoy an early morning drive at the park as you depart for your drive to Lake Naivasha. Arrive at the camp or lodge. Proceed for a boat ride on the lake to see the hippos and the many birds found in this area. Spend the rest of the evening relaxing at the camp / lodge.

DAY 6- NAIVASHA
Have an early breakfast followed by a drive to Hell’s Gate National park where you can walk in the park or have a drive within the park. Dinner and overnight at the camp / lodge.

Have breakfast followed by a short drive to Lake Nakuru national park. Enjoy a drive within the park for the rest of the morning and afternoon with a break for lunch at the baboon cliff. The park has many birds such as Flamingoes and White Pelicans. Animals such as Rhino, Buffalo, Giraffe can also be seen. Dinner and overnight stay at the camp.

DAY 8 – LAKE NAKURU / SWEETWATERS
Depart Nakuru after breakfast for a drive to the foot-hills of Mount Kenya. On the way have a stop at the Thompson Falls .Arrive at the Ol-Pejeta ranch where you will have a game drive to see different kinds of animals such as rhino, chimpanzee, leopard and many others. The drive will be for the entire day, depart the ranch in the evening for overnight at the Serena sweetwaters tented camp or similar on the foot-hills of the mountain.

DAY 9 – SAMBURU
After breakfast proceed with your drive to Samburu Game Reserve arriving in time for lunch. Enjoy the drive into the park to be met by animals such as Gerenuk, Grevy Zebra, reticulated Giraffe, Eland and many others. Dinner and overnight at the camp.

DAY 10 – SAMBURU
Have an early morning drive at the park from 06.30 until 09.00am when you will return for breakfast. Have a further drive in the late morning to return for lunch. Animals such as the graceful Gerenuk, Kudu, Grevy Zebra, reticulated Giraffe as well as the Somali ostrich can be seen. Lions and Elephants can also be easily sighted. All meals are served at the camp. Retire for the evening at the camp .

DAY 11 – SAMBURU/ MERU NATIONAL PARK
Have an early drive at the park after breakfast as you depart the park. Enjoy the beautiful view of Mount Kenya . You will then continue with your drive past the town of Isiolo and on to Meru National park, the home of George Adamson. The park is famous for its many animals such as elephant, lions, buffalo and many antelopes and birds. Spend the rest of the afternoon and evening at the park 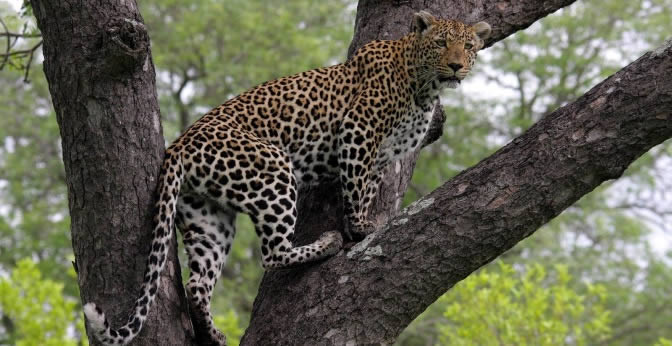 The day will be spent within this rich and beautiful park with morning and afternoon game drives. All meals at the tented camp.

DAY 13 – MERU / NAIROBI NATIONAL PARK
Last day of the safari, wind up the morning game drive and depart for your drive back to Nairobi with a break for lunch en-route. Arrive at Nairobi Tented camp which is within the Nairobi National Park to relax for the rest of the evening. Dinner and overnight.

DAY 14 – AIRPORT
Proceed for an early morning game drive within the park before being dropped off at the airport.